Difference between revisions of "Pedagogy" 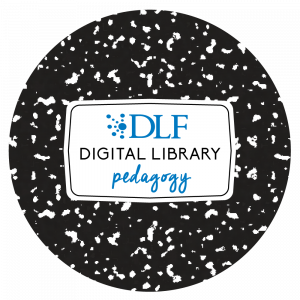 The DLF Digital Library Pedagogy group is an informal community within the larger DLF community that was formed thanks to practitioner interest following the 2015 DLF Forum. The group, which has a dedicated Google Group, is open to anyone interested in learning about or collaborating on digital library pedagogy.

Join the Google Group and participate in an upcoming Twitter chat, using the hashtag #DLFteach. Chats will take place at 2PM and 8PM EST (that’s 11AM and 5PM PST) on each of the following dates:

Archives of additional previous chats are available on the DLF website.

As Digital Library Pedagogy projects conclude, they will be archived with the Open Science Framework.